Trial Contact Us Login
Tim's Blog
Back to Resources

The problem with incident reporting in most organisations

Incident reporting is a part of the culture of almost all organisations. The logic being that if we capture incidents and investigate them, we can avoid similar occurrences. But is it working? I propose that, in most organisations, it is ineffective because the focus is on the wrong thing.

For a start, focussing on incidents is reactive, not proactive. Focussing on near-misses is not much better – they are just incidents with a bit of luck thrown in. What we should be concentrating on are the hazards and hazardous behaviour.

Promoting a culture of blame

Let’s say, you work at a site where exceeding the 15 kph speed limit is commonplace. An incident occurs. The investigation identifies excessive speed as a contributing factor. The driver is blamed and cautioned, but nothing is done about the general hazardous driving behaviour.

Blaming someone for poor behaviour or an incident is not helpful, rather it promotes a culture of blame. What needs to be investigated is the underlying reason why the behaviour or incident occurred, and whether there are wider implications across the organisation.

For instance, in this speeding example, was there clear signage indicating speed? Were pedestrian areas adjacent to roads demarcated? Was there an adequate traffic management plan? Were the relevant employees trained in vehicle safety? 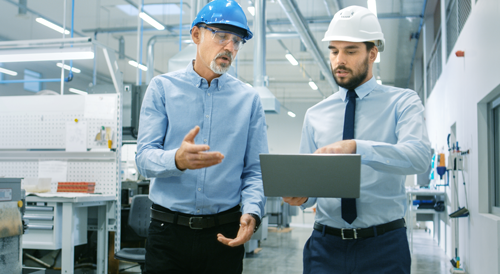 You might argue, risky behaviour should be reprimanded. OK, let’s look at ourselves. Have you ever walked across a road against the lights, or answered a mobile while driving? If so, is it fair to point the finger at a colleague cutting corners at work? The sorts of questions that need to be asked are: why do we cross the road against the lights? How can we avoid handling the mobile while driving?

Instead of pointing the finger at the worker who cut corners, let’s direct our attention to developing a more collaborative organisational culture. Let’s develop a culture where we look out for each other’s safety and feel comfortable pulling up others whose behaviour is putting themselves or others at risk. My fear is that reporting to senior management via an incident report may undermine this type of culture.

Here are some simple things you can do now to change your culture from blame to open discussion about hazards and behaviour: